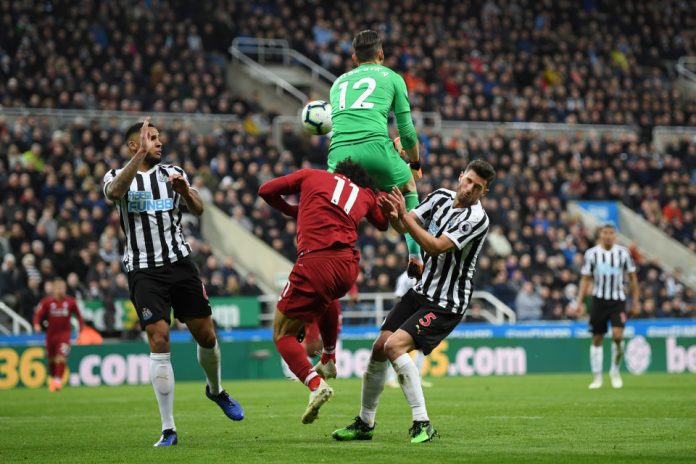 *Liverpool striker is OUT of Barcelona game, Jurgen Klopp confirms
*Salah was taken off on a stretcher during the win against Newcastle United

The Reds welcome LaLiga champions Barca to Anfield on Tuesday knowing they need a miracle in order to progress after a 3-0 defeat in Spain.

And Klopp will not unable to call upon star man Salah or fellow forward Roberto Firmino after both were ruled out of the match.

Salah was left motionless following a sickening collision with goalkeeper Martin Dubravka during Liverpool’s league meeting with Newcastle on Saturday.

Klopp was initially optimistic the Egyptian forward would be available for Tuesday’s game against Barcelona but announced at his pre-match press conference on Monday that he will not be fit enough to feature.

It is a huge blow for the Liverpool boss, who had already confirmed that he would be without Firmino for the visit of the Spanish giants.

“It’s a concussion so it’s a case of him not even being allowed to play,” Klopp said.

“He feels OK but it’s not good enough from a medical point view, that’s all. He is desperate, but we cannot do it.”

Liverpool have it all to do to turn around the tie against Barca and Klopp knows the loss of two of his most lethal weapons does not help the cause.